As you are probably aware, we have recently made some rather drastic changes to what players risk on PvP Worlds. In case you are one of the people who dont know, here is what we changed:
On PvP Worlds, you will always be skulled and cannot use the Protect Item prayer.

We launched this update without much explanation as to why we were making the changes. The reason for this is because we knew how big they were and we didnt want to dilute it behind a wall of reasons and excuses, but we just wanted to make sure to keep it as clear and to-the-point as possible, and the players who would be affected by this would know the immediate consequences without us explaining it to them. But now that a bit of time has passed, we feel that it is appropriate to share the reasons behind it.

We initially sat down to discuss the 26k issue and what we could do about that. Safe to say, this meeting ended up covering a much broader area, but I will try to take it step by step. When we first created PvP Worlds, we had a lot of different ideas on how we could distribute loot for kills and what had to be lost by the victim in order for the PKer to claim a reward. During most of development, the value that had to be lost was sitting at 75k, but as the release date approached, we changed it to 25k to keep it in line with the free-to-play game, even though the rewards are a lot greater in members world. So, the first and easiest step to keep the kill-swapping down was to simply put the value back up to 75k and also make sure that this value in no way affected the so called death pot (Ill talk more about that soon).

However, we, as well as you, know that this wont put it to a complete stop, and we have more changes planned for the future. These require a bit more work, so it will take a little while, but it shouldnt have an as big of an impact on the PvP scene as a whole as the most recent changes have had. We will let you know about the details in due time.

One of the reasons why it was so easy to do the 26k trick (besides the obviously low cost) was that it was also very easy to generate earning potential relatively risk free, due to the skulling mechanics and the Protect Item prayer. This, however, is an issue that stretches further than just 26k-ing. Lots of people used the Protect Item prayer just so that they could continuously rush into combat with a single weapon and never risk losing anything (so called one-itemers). This has been the case for as long as PKing has been around, but now they can gain greater rewards for no risk and the weapons players have access to have increased a bit in power from rune 2-handed swords in Classic and dragon daggers in the first few years of RuneScape 2, to godswords and dragon claws. This means that it has gotten increasingly easier to have a very high combat potential with minimal risk.

This is where the Protect Item prayer comes in. Our main reason to disable this on PvP Worlds was to make it slightly harder to gain earning potential risk free, particularly via one-iteming, and to make sure the risk versus reward balance was stabilized. We of course knew that this would have consequences beyond these two groups of people, but we didnt necessarily consider them all to be negative (although were not denying that some certainly are).

The way weapons have increased in power throughout the years has resulted in a big amount of a players combat efficiency to be tied to a single item, which is what made one-iteming so easy, and the cheap Protect Item prayer has become the massively powerful tool that allows this. We do appreciate that there are a lot of people who use these valuable items while still risking wealth in form of armour and jewellery. However, two people in full rune armour can both be risking the same amount of wealth while the items they keep protected vary massively in power (e.g. a dragon scimitar compared to an Armadyl godsword). The prayer simply allows players to bypass a large portion of what is supposed to be a risk vs reward system.

We dont necessarily feel it is a bad thing that people get a bit (or a lot) more careful about when they choose to use these expensive and powerful items. Now, you might argue that the players in question have deserved this bonus when they earned the money to buy it, but that doesnt change the fact that they can still bypass the risk. Secondly, godswords and dragon claws are extremely powerful due to their high hits, and, as far as PvP goes, this has put a big dent in the combat triangle (which wasnt all that dent free to begin with). More specifically, it has caused a major issue for mages, who, due to their lack of armour, have become even easier targets from a class they are supposed to be strong against. We feel that disabling the Protect Item prayer has evened out the combat triangle a bit, which we consider a good thing. People can still use these powerful weapons, but now they have to do so with the risks that follow.

A bigger issue than people not daring to risk their dragon claws and godswords is the abyssal whip. This is a fairly powerful weapon as far as damage over time goes, but lacks the massive hits of more expensive items. However, it is still expensive enough to make some PKers afraid of risking them under the new system. To these people, I would like to repeat something that is briefly mentioned on the Knowledge Base page, which we simply refer to as the death pot. When you die, part of the wealth you have lost beyond the initial 75k (or 25k on a free-to-play world) is added to a separate pot which is used along with your earning potential to generate drops. So if you do risk a whip and lose it, a big part of its value will be saved away for your future drops. In the long run, assuming you get some kills, you will therefore be making this value back. However, it is worth pointing out that the amount of lost wealth that can be transferred to the death pot at any one time is capped, so losing a massive stack of junk items or a godsword would not generate as big of a percentage back into the death pot as less valuable items would, and noted items dont add anything at all. I dont want to give out any exact numbers, but I can at least confirm that a whip will be quite heavily compensated for (although obviously not by its full value!).

Another topic that has been floating around along with these changes are the so called PJers (pile jumpers, player jumpers, etc.). Were hoping that one side effect of the disabling of Protect Item will reduce the amount of players who choose to resort to this method, as waiting around in a dangerous area can now leave them as quite an appealing target for other players. We certainly dont think it will stop it, as even before the update they were quite often risking the valuable weapons other players are now concerned about. However, we do have plans to make 1-versus-1 combat a bit more stable and harder to interrupt, and we hope to have these changes with you in the near future (I will be working on them this week).

Finally, Id like to point out that we will be keeping a very close eye on how the recent update has affected the PvP scene, and we are definitely open to tweaking it if necessary. 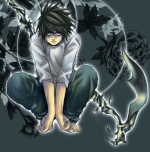